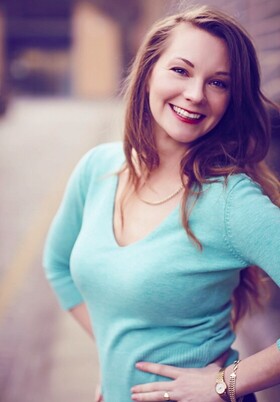 Amelia Kallman has won two international writing awards in nonfiction, and authors articles for publications including WIRED UK, Forbes, IBC, The Huffington Post, and her own popular monthly newsletter, The Big Reveal. Current projects include Hotel Chelsea Girls: The Fascinating, Trailblazing Women of the Legendary Chelsea Hotel, and a novel, Last Chelsea Girl.

​Originally from Fairfax, Virginia, Amelia grew up entertaining audiences on many of Washington D.C.’s most prestigious stages. She studied acting at Marymount Manhattan College and Shakespeare at the British American Dramatics Academy. While living in the penthouse of the famous Chelsea Hotel with her partner, Norman Gosney, they ran an illegal speakeasy, The Blushing Diamond, before moving to Shanghai to open China’s first burlesque nightclub, the award-winning Gosney & Kallman’s CHINATOWN. Since relocating to the UK, she has written a multi-award-winning book, directed the first burlesque show in virtual reality, and has become an international futurist and speaker​.

Husband and wife team, Norman Gosney and Miss Amelia Kallman are the masterminds behind their own unique brand of nightlife entertainment, often featured in their lavishly decorated and highly celebrated nightspots around the world.

While living for twenty-five years in the penthouse of New York City’s Chelsea Hotel, Bristol-born Norman produced the groundbreaking ‘Dutch Weismann’s’, recognised as the first nouveau cabaret of the burlesque revival in the mid- ‘90’s. In 2000, he opened the original Slipper Room and is an acclaimed designer behind such memorable nightspots as Area, Danceteria, The World, and Limelight.

In 2004 the couple opened a notorious - and now legendary - illegal speakeasy, The Blushing Diamond, dazzling an exclusive, bohemian and celebrity cliental. In 2007, they moved to Shanghai, China where they opened the first burlesque nightclub in Asia, the award-winning ‘Gosney & Kallman’s CHINATOWN.’ They led their ensemble troupe featuring the chorus line of international beauties, The Chinatown Dolls, through nightly revues in Shanghai, as well as performing shows in Hong Kong, and Borneo, Malaysia (the first show of its kind in a Muslim country).

After being forced to leave their beloved Chinatown, they brought their vast experience, talent, and skills to London where they produced the monthly “Ground-breaking”, “Must-See” show,  When Worlds Collide Cabaret, nominated for ‘Best Production’ by the prestigious London Cabaret Awards. In 2015 Miss Amelia's debut memoir, Diary of a Shanghai Showgirl, was published, prompting the tour of a two-person show by the same name, with previews in New York City and Washington D.C. before a successful run at the Edinburgh Fringe Festival, followed by a sold out UK tour. They wrote and filmed the first burlesque show in virtual reality, called House of Love. ​